The first person I have to thank is actually a woman at Goldberg’s in the Atlanta airport:

Thank you, gentle young person, for the turkey salad you made for me after I, hungry and trying to hide my panic, explained my many food restrictions and allergies. Though I’d brought a homemade lunch, I assumed ATL would have something I – with my gluten-free, dairy-free, corn-free, and other-common-food-free diet – could eat for dinner. But all the salads I found came pre-made with cheese AND croutons. I could have picked off the cheese, but no way was I going to risk a gluten reaction before getting on a 6-hour plane ride! And Delta, in all its budget-balancing wisdom, no longer offers meals except for money, and even if I did want to spend $10 on airplane food, it would undoubtedly be gluten-full and dairy-not-free.

I almost ordered the chili, but the clerks at Goldberg’s couldn’t tell me what was in it. They tried their comical best by spooning some out and peering into the small paper cup. “We can’t tell you what all is in here,” one woman said, “but we can see beans, meat, and tomatoes.” I wavered and almost ordered the chili before one of them said, “You better be safe than sorry. I can make you a salad.”

And she did. She took lettuce and cut it with her own hands, then asked if I wanted tomatoes – yes, sprouts – yes, cucumber – no thanks. She added turkey. I felt so grateful I thought I might cry. That this underpaid young person, who sells pre-packaged food all day to distracted people in a hurry, would take the time to help someone with a special diet – moved me. I almost laughed when her co-worker asked her, “Where did you learn to do that?” And she said, “Do what? Make salads? They do it downstairs all the time.”

My only complaint is when I tried to tip them, the person who rang me up (not the woman who made my salad, thanks to the specialized conveyer-belt-like food system of airport food service) said, “We’re not allowed to take tips.”

Not allowed to take tips? Because your minimum wage is spoiling you? C’mon, Goldberg’s. But then again, I’d seen a sign complimenting the staff for their efficiency: “Food service: 25%; Personnel: 16%” I couldn’t tell what it meant, but it was obviously meant to be good, and it was obviously to do with some kind of cost savings. If you ask me, in airports and way too many other places in our society, “good” is equated to fast and cheap when it comes to food. Even if it means unhealthy, sugary, and laden with additives and pesticide residue. Lucky for me, one young woman at Goldberg’s didn’t mind taking the time to make a salad by hand.

The salad was a good omen. In Seattle the food was magnificent. Even at The Edge Grill, formerly Fox Sports Grill, where I expected breaded cheesy products and mystery meat on sticks. Proving me happily wrong, the catered food looked delicious. However, most of it was marinated in a soy sauce, which contains gluten. So the server asked me, in a sincere tone, “Is there something we can make you?”

Then I dined at Thai Ginger, 4 stories up in the Pacific Palace on Pine Street. Mixed vegetables with fresh-as-fresh seafood. The Pike Place Market, where I had grilled prawns, coconut veggies, and a smoothie I didn’t have to order without sugar because it was made in front of my eyes, with soy milk. At each of these places, the servers knew exactly what gluten was, and whether it was in or not in what they were serving. Imagine that!

In that food paradise I have two favorites. First was Lola, a Tom Douglas restaurant that serves breakfast anytime (I’m already convinced). I got top treatment from the bartender, Guillermo, and enjoyed a mint licorice tea, maple sausages handmade in-house, smashed potatoes, and over-medium eggs. And a side of steamed asparagus. Nobody made me feel weird or looked at me funny when I explained that I don’t eat olive oil, just canola or sesame. They were just conscientious and accommodating.

Finally was Tsukushinbo, which my friend Bethany suggested. It’s a good thing she told me there was no sign, but excellent Japanese food, because the cozy space would have been easy to overlook. And when I told my friend Marina who lives in Seattle, “It’s on 515 Main St,” she said, “There’s a Main Street?” The taxi driver confirmed the out-of-the-way-ness of the place. When he picked us up, he said, “This is Main Street? I didn’t know there was a Main Street!”

We ordered a deluxe sashimi bowl including sea urchin. Marina had eaten sea urchin before, and when I asked her what it was like, she said, “Well it looks like poop. And it tastes…like nothing you’ve ever tried.” But, brave woman, she was willing to try it again, and good thing! Because it was a delicious, savory umami bite. I guess the other stuff she’d had wasn’t fresh.

See what I mean?

The next morning (if 4am counts as morning and not the middle of the night), the same cabbie, who gave me a stylish card called “Andy Taxi Cab,” came to pick me up at the Mayflower Park Hotel. I left Seattle, thankful for all the kind servers and satisfying, allergen-free food.

And to think, it all started with one woman and a handmade salad. 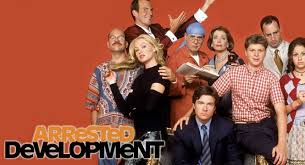