Back by popular demand for 1 day only. FREE Kindle version giveaway, Braver Than You Believe, on Saturday November 23, 2013.

Sunday, June 23, is International Widows’ Day. This day of recognition was initiated by the Loomba Foundation in 2011 because around the world, widows are subject to discrimination, marginalization, and even violence. International Widows’ Day was established and ratified by the UN to raise awareness of this issue and to encourage societies to respect, support and care for widows. 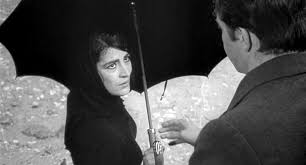 young widow in Zorba the Greek

I will never forget the shock I felt after watching Zorba the Greek (spoiler alert). I’d always heard good things about the classic film…but never once did I hear that it portrayed a town’s dramatic execution of a widow who wasn’t “behaving herself.”

Here in the United States, we don’t stone or starve widows. But attitudes are another thing. In our upcoming book, Braver Than You Believe, one of the most powerful scenes unfolds when the main character Samantha runs into an acquaintance. After asking how Sam, a recent widow, is doing, and hearing about how Sam goes out once per week to let off steam, the woman bizarrely tells her, “Some people are jealous of your lifestyle, you know. Doing whatever you want. You don’t have to answer to anyone.”

Sam is shocked and hurt, on top of wondering what type of lifestyle it is, exactly, that widows lead. Her friends – divorcees and widows alike – tell her to brush it off. But the scene lingered for me long after reading it. I too wondered what could be attractive about the lifestyle of a widow. Lonely. Possibly a single parent. Especially for younger widows – no peer group. Filled with grief, which I would argue, on the basis of no data, is the most draining emotion. Sounds great!

When a person is sick, we can empathize to some degree, because we have all been ill. When a person stubs her toe – again, we can probably recall a bodily pain and know what that feels like. But when a person loses her love, her partner, and her helpmate – it is so difficult to really know what that’s like, unless we have experienced the same extreme loss.

Having been divorced myself before age 30, I remember an instant “wall of alienation” that went up between me and my friends. Thankfully, 99% of my friends climbed over the wall and kept right on being friends with me. But at times it was tough to find common ground with even to my closest pals. They were re-doing their houses, when I was dividing up the household. They started having babies, when I was finalizing divorce papers. And no young married person wants to be reminded either that a) marriages end or b) spouses die. DEEEE-pressing!

In the years since I got divorced, I’ve encountered many people who have gone through “stuff.” (This is an appropriate place for a swear word, but I’ll refrain). This doesn’t necessarily mean they’ve gotten divorced or had their life partner die on them, but maybe they had a major health problem. Maybe they lost a parent. Maybe they’ve volunteered for the poor or sick.

Going through “stuff” is part of life. And it does help a person develop empathy, but it’s not enough. For me, I had to process and process and PROCESS the pain. I had to work through it, not shove it under the rug, which our society seems so good at telling us to do. All problems should be solved in 30 minutes of sitcom, right? Or else there’s something wrong with us…

Maybe more than any other group, people who have lost a spouse realize that some problems will never be solved. They can only be dealt with, accommodated, and accepted. Acceptance is difficult. Pretending the problem isn’t there or that other people got a better deal out of life may seem emotionally easier. But it’s not necessarily the healthiest approach, long-term.

Acceptance of the hardest truths takes work. But as the women in Braver Than You Believe learn after a year of sharing their sorrows, the work is worth it. The work of admitting their vulnerability, mistakes, and true feelings makes them stronger than they seem…smarter than they think…braver than they believe. Said Christopher Robin to Pooh!

Sue (the character Samantha’s) take~ read more at http://griefbusters.wordpress.com: What I think happens is that people who are in a marriage or life that is unhappy or stagnant see everything through that lens. Maybe the woman felt jealous because all she could see was that a widow does not have a man dictating her life. If a person is feeling trapped in her marriage, the freedom of no husband may seem carefree. Yet the complete opposite is true for a new widow. I felt paralyzed with fear many nights, worrying how I would be able to raise 3 kids all by myself. Only then did I realize how much my husband had been my partner and teammate. So going out once a week – the target of the woman’s comment – gave me a few hours off from 24/7 grief and anxiety that would have sent me into a deep depression.